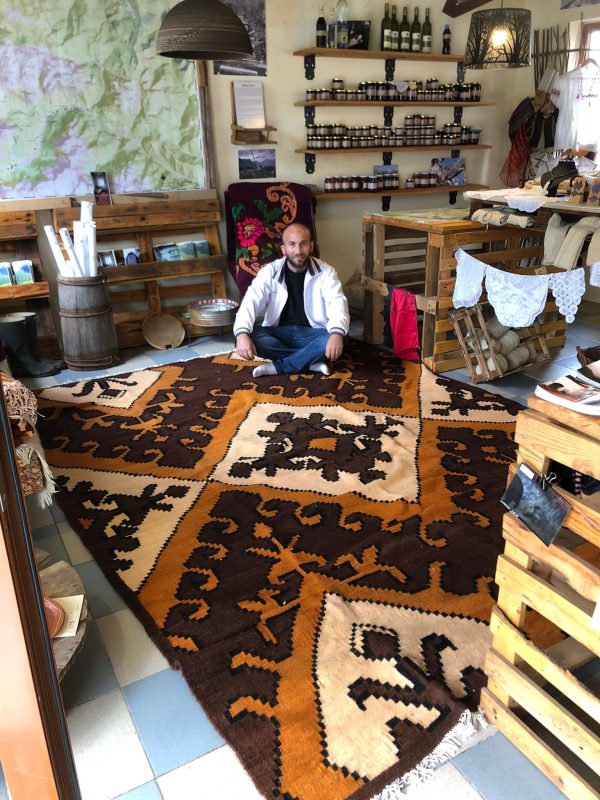 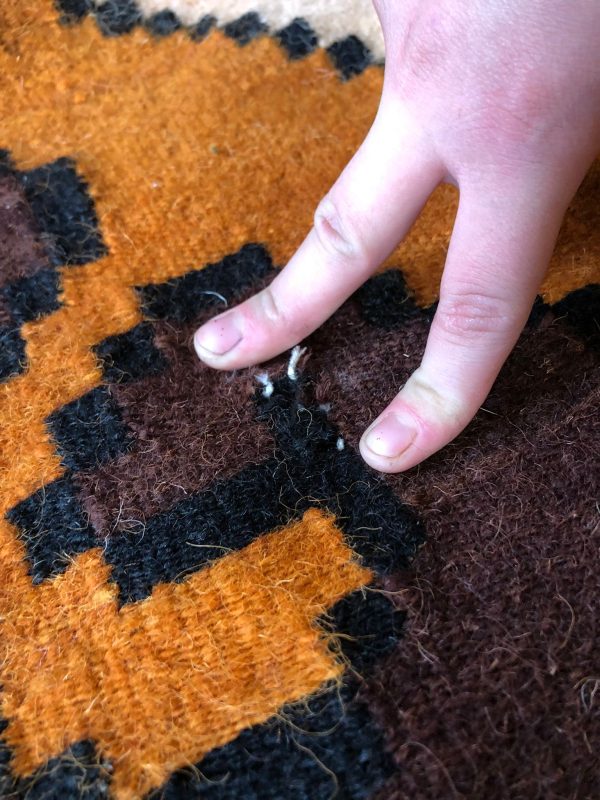 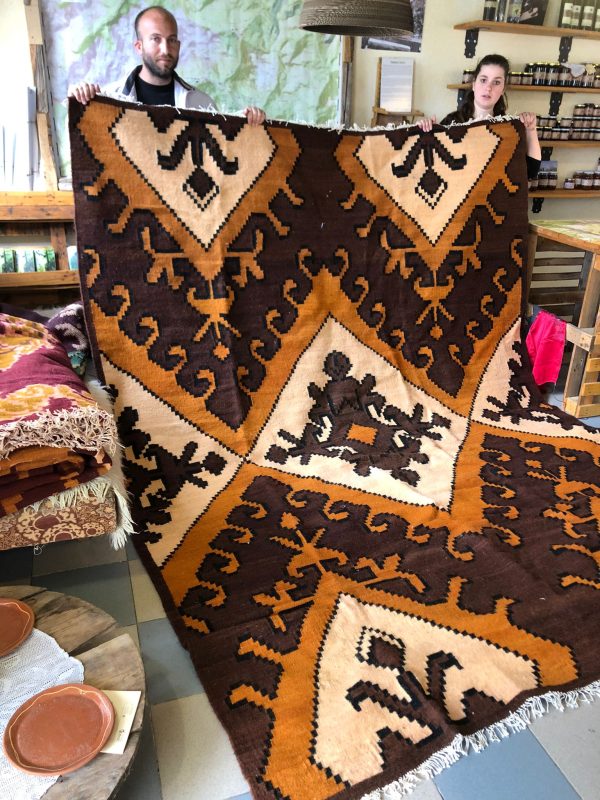 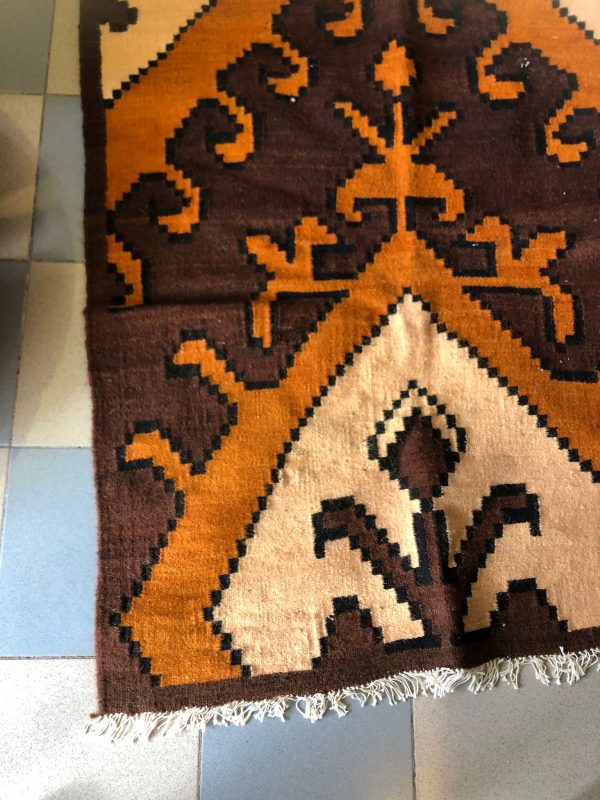 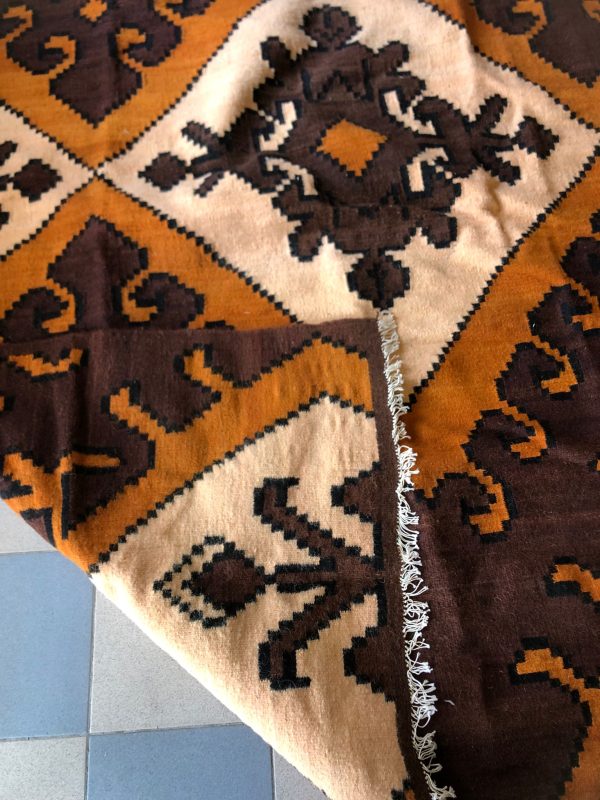 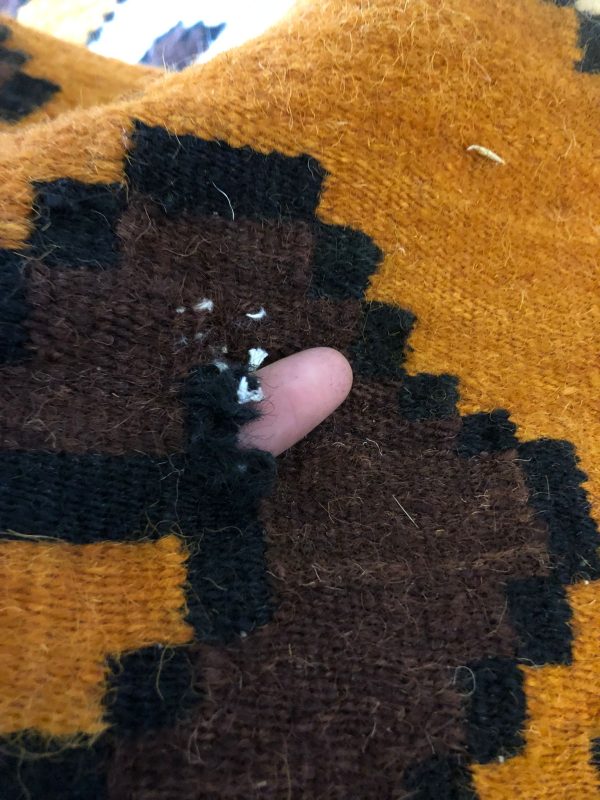 This is a gigantic qylym (kilim) measuring 3 x 2.25 meters, with a striking (and unusual) geometric design.  It was woven over 50 years ago and although never used has one, very small hole.

This is a gigantic qylym (kilim) measuring 3 x 2.25 meters, with a striking (and unusual) geometric design, and was made by his mother over 50 years ago.  It was never used, but years in storage have resulted in one small hole (see pics).  Unusually for a carpet this large, it was woven as a single piece and is extra thick (and – sorry if you were thinking of having it shipped) a bit extra heavy.  Well, only 2 kilos more than usual, and anyhow, shipping is cheap from this end.

Behar Toska lives in the village of Margegaj on the outskirts of Bajram Curri.  His home shelters his wife, 7 year old daughter, 5 year old son AND his mother, who made the 3 carpets they’re offering here, something like 50 years ago as well as two sisters who suffer from what is called here “smundje e tokes” or ‘sickness of the earth.’  When I tried to figure out what this was in English, he told me “They just fall down.  On the earth.  Then it’s like they’re dead for a while.”  I thought about it.  “Do they shake?”  YES.  “Epilepsy?”  Yes, yes!  It’s that.  When I asked what kind of treatment they get here he said “What treatment?  Here?”

His dream is (sadly for us) to save enough to move his family somewhere where his sisters can have better treatment, and his small children have hopes for a brighter future.  He thinks Sweden is the place to go  – paradise on earth.  For five years he was a prize-winning boxer in neighboring Kosova “So you know, if it was just  me, I’d go to America.  But I have to think about the family.”