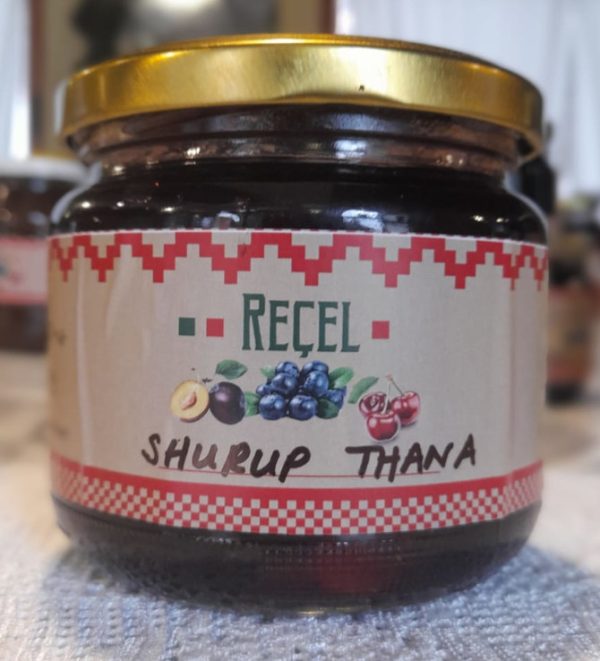 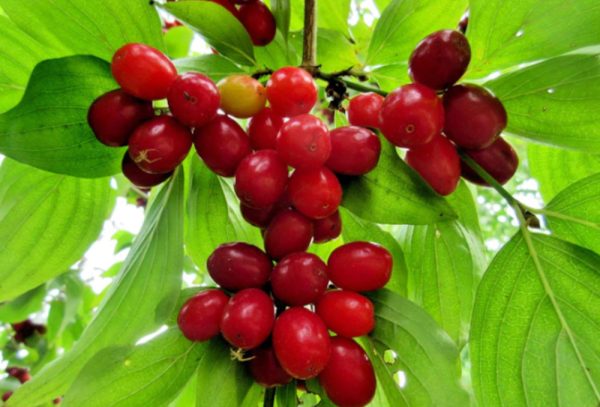 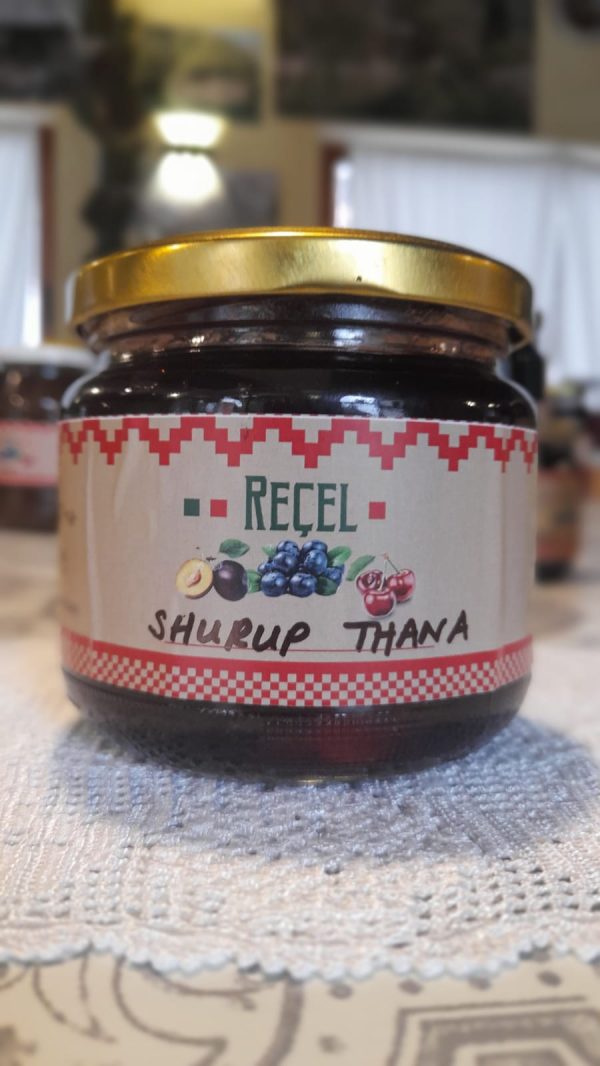 Here’s something people here talk about, but which I’ve never actually found in anyone’s home.  UNLESS of course it’s too precious to share?!  No blame – it IS good, and a bit more work to make (the more I think about it, the more I think that the most common traditional Tropojan recipes involves things where you don’t have to take the seeds out).  This is made by boiling Cornelian Cherry berries, and then straining out all the . . . mass?  stuff?  goo!? so you’re just left with rich red liquid, to which you add a moderate amount of sugar (and, in our case, cardamon pods, which absolutely don’t exist here, so . . . eeee!) and then boil it down to reduce it.  Anyhow, despite never actually finding this here, we had a stab at making some of it this year, and it’s known enough that everyone had something to say about the correct way of making it.  Nit-picking aside, ours was universally pronounced:  Delicious!

At any rate the background is . . . Here you have arrived at one of the true treasured . . . well, TREASURES of Tropoja.  When I first arrived here (over 14 years ago), “thana” was one of the flavors I was most often told about, as something really special and local – most often in the form or raki, or as a compote (whole berries preserved in sweet syrup), OR as a handful of beautiful but astringent berries lugged out of someone’s pocket and shoved at me (mostly so they could laugh at my puckered face after I ate them – they are tart!).  I couldn’t figure out what the heck it was.  Once I hit the season where I could actually find it in situ, on a bush, I was astounded to find that ‘thana’ was a fruiting dogwood.  I mean, in the States dogwoods are purely decorative.  I’d never heard of a dogwood doing anything useful, like making these gorgeous, translucent berries.  But, after cross-referencing a couple of flora, I found the name in English:  The Cornelian Cherry.  Fat lot of good that was.  Who’d ever heard of Cornelian Cherries?  Turns out this (yes) fruiting dogwood (Cornus mas) occurs only from Turkey through the Balkans.  It features in Turkish cuisine, most particularly as moderately sweetened syrup.