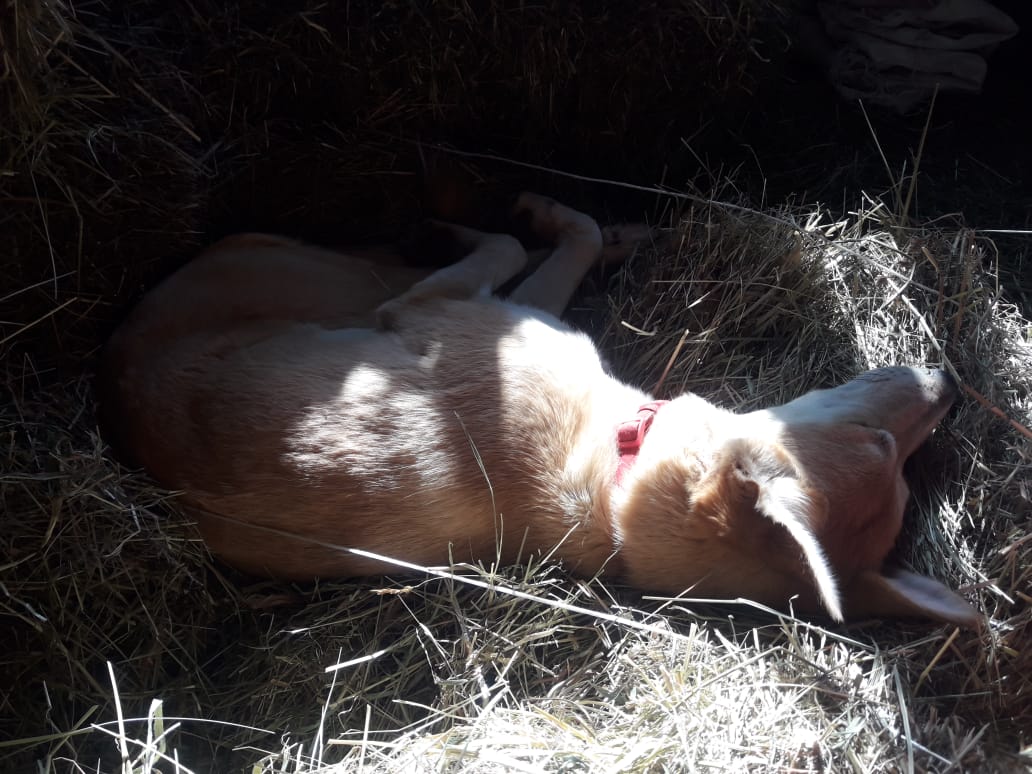 Almost 11 years ago, I left New York City to move to a remote valley in the accursed mountains of Northern Albania.  When I moved here, there were no telephones, hardly any roads, and barely any cars.  The area was famed – even within Albania – for lawlessness and violence.  Foreigners wondered why I would eschew “all the perks of modern life,” and the Albanians themselves thought I was frankly nuts – although they were tickled as pink as they can get by the fact that I did.  “Tell us again:  Where is it better?  Here or New York?”  Well, HERE.  Gusts of outrageous laughter, pounding slaps on the back, and the wiping away of tears of laughter on the backs of grizzled hands.  “Eh Motra,” they might say (oh sister), as they eek out the last sighing gasps of laughter.

Fast forward to now.  The Corona Virus.  Or wait.  Go more slowly, and take a quick tour through the past 10 years – global warming, forest fires, Naomi Klein, Greta, burning koala bears, escalating economic collapse in America, watching an old British man stand with his eyes closed in ecstasy – listening to the sound of a million crickets (“they’re gone in the UK now – pesticides”), the UN poverty report on Los Angeles, climate change, the arrival of snake oil development in my valley (our valley) and . . . last year, the first year in living memory of no snow in the terrible, dire, accursed mountains.  Donald Trump?

Okay.  Now.  Corona Virus.  Nevermind that it kills who disease has always killed – the old, the babies, the weak.  Nevermind that it still doesn’t match up to the combined deaths caused by normal flus and car accidents.  The things that happen to other people.  It doesn’t matter.  It’s frightened us.  And that, I think, is a good thing.  I have sat by, scoffing and astounded, to watch as borders closed, as flights were cancelled, as – most unbelievably of all – financial ruin on an international level was not only created, but embraced.  I have watched, as you have, as an unprecedented and previously unimaginable effort was put into completely eradicating – even if only temporarily – many of the things we modern people have been taught to take for granted.

In Tropoja?  The sun rises.  Admittedly it seems to snow one day (in April?) and then burn you the next, but still, the sun rises.  I wake, as everyone else does here, before dawn.  Lie in bed for a bit.  Get up.  Feed the horses.  Tend the garden.  Worry about needed repairs, to start the planting, to grow the vegetables that we will need, because what with the borders being closed, you can’t really count on buying anything.  And what with the borders being closed, there are no tourists, so you can’t count on earning any money to buy the things you can’t get anyhow.  We shrug.  And turn the earth, and rake the horse shit, to manure the land, and fix the fences (the dogs or chickens are always getting in – and destroying young plants).  My neighbor and best friend Aferdita has a calf, her cow gave birth.  We think about taking it.  Milk would be useful.

Of course all of this … ‘husbandry’ has a cost.  My horses are in the front yard, and they start huffing and stomping around 7 am.  The outraged snorting follows.  “Come and FEED us – you bitch” they scream.  But who can blame them?  They are designed to graze for 16 hours a day.  So we roll out of bed, go down.  Sometimes I feed them in my underwear, feeling distinctly decadent.  Rubber boots, nice lacy underpants, shaggy sweater against the cold. Whatever.  It’s life.  Disreputable, and FUN.

At the beginning of the quarantine, we were driving to town.  We needed to find – and hopefully buy up – a supply of grain for the beasts.  I met Aferdita in the road:  “Oh lord!  It’s serious now.  Why are you going to town?  It’s dangerous.  You shouldn’t get so close to people.  We have to stay isolated.  So why don’t you come for a visit this afternoon?”

And so we did.  Sitting on sofas, drinking coffee and more raki.  Sharing cigarettes.  Talking.   The children of the neighborhood are, as ever, running in and out of each other’s houses.  Really (says Aferdita) – you should make a football team, play each other.  There’s nothing else for them to do.  “But the quarantine?” we ask.  “Oh well,” she says, “they’ve been breathing on each other anyhow.”  And we crack another egg.  Fill our glasses.

And the rest of the time?  Well – there is work we’re supposed to be doing.  But to be honest, as you can be, in quarantine, at least among yourselves:  It’s BORING.  And it doesn’t pay that well.  And really, who cares?  The world has gone mad.  We’ve started distinguishing:  there is real work – the things you need to do, probably with your own hands, to live.  This encompasses everything from cleaning, to cooking, to planting vegetables, to caring for animals, children, milking things, wiping noses, feeding, warming, caring, loving . . . the things that at the end of the day you look at with satisfaction, and say:  I did THAT today.  Then there’s what we’ve started calling “Shit Work” – this is the sitting at the computer.  The spewing out.  The work that Niko Paech points out “looks more like consumption.”  Really . . . honestly.  Who cares?

And when you know, every day, that the sun is shining . . . that no one else can really (shit) work either, the siren call comes.  Come outside.  Wield a pick axe.  Re-fence something.  Plant.  Grow.  Care.  Make. See.

The quarantine is a good time, here.