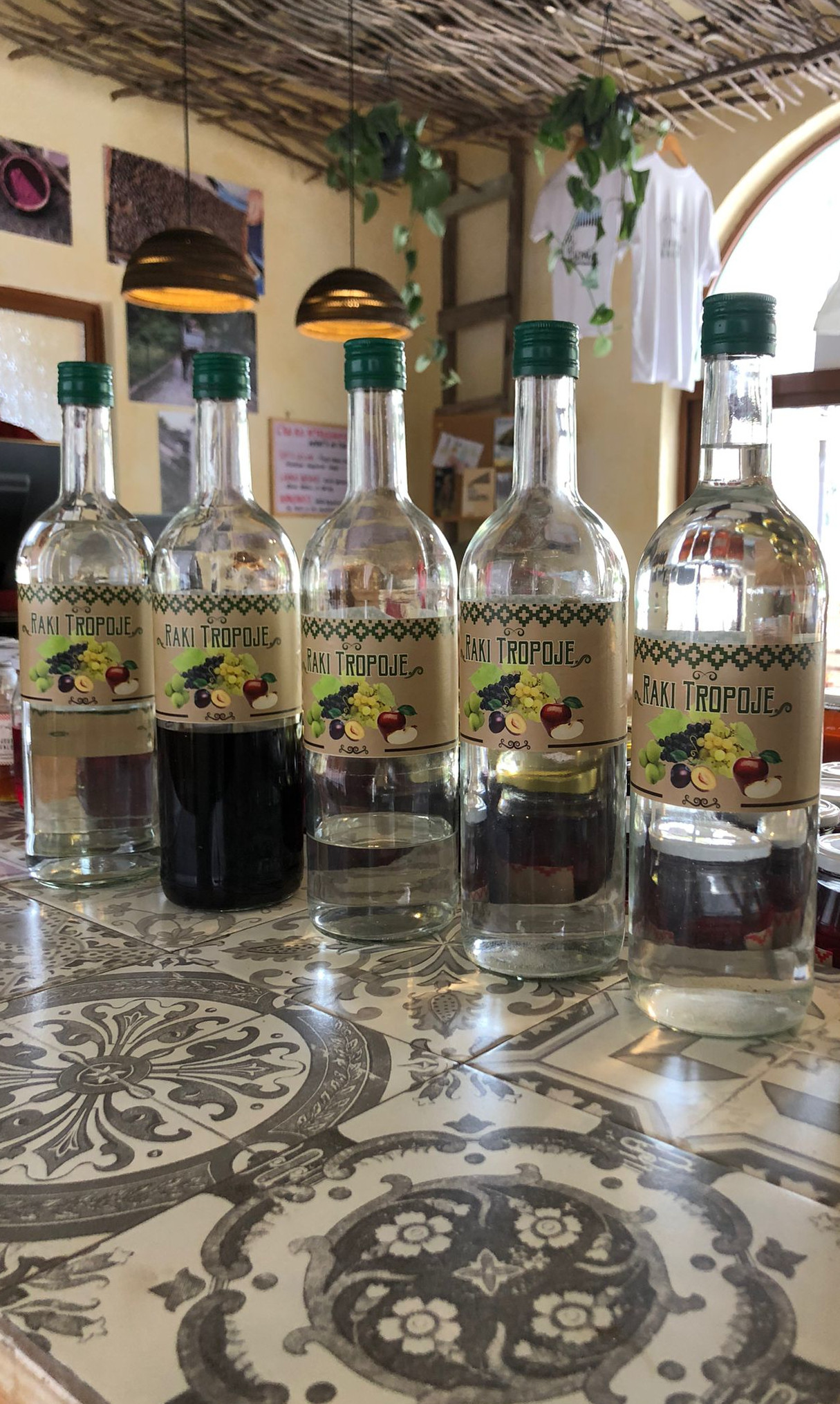 Tropojans are good at focussing on simple luxuries.  And the more time consuming and onerous to produce the better.  Some of the most amazing of local products are the various kinds of (from mild to from-zero-to-60-in-5-seconds) intoxicating substances produced here.  Well, what would you expect from the home of the Bektashi Sufi?

Most people have heard of ‘raki’ as the Turkish version of ouzo, but here in Tropoja, ‘rakia’ is a term used to describe the various kinds of distilled alcohol made from just about anything you can stick in a still (called a kazan here).  Which might lead you down a serious rabbit hole of wondering who came up with the term in the first place.  There’s a great linguistics thesis waiting for someone who wants to trace which words here are actually Turkic in origin, or whether the Turks stole them from us (Tricky tricky Ottoman colonists!  Just look how that region expropriated Lek i Madh – or Alexander the Great.  He was Albanian.  Duh! – argue endlessly, and then repeat).

There are also great local traditions of wine making – I mean not like the champagne regions or anything, but for local home consumption?  And some of it is delicious.  In early winter, there’s something called mosht which is sort of like a mildly fermented and sparkly grape juice.  And the rest of the year there’s a sweet red wine that’s to die for.

In any case, we have six or seven kinds of raki in the shop, as well as a good reserve of wine, and you’re welcome to stop by and try any of it.  Including the little-known but fantastic walnut raki, that is thick and brown and sweet and actually comes off like more of an Amaretto . . . hoo!

PS.  You’ll know you’ve travelled to a truly traditional home, if you’re offered coffee-raki for breakfast, which means a small turkish coffee and a shot of homemade raki.  And, you know, nothing else.  That’s what gets your average badass Tropojan out the door in the morning.  It’s kind of like launching out the door on jet fuel.  Not a bad way to start the day!

Oh – and by the way, we are strictly traditional with our raki.  We keep it in gigantic round glass bottles (nestled in baskets), and siphon it off into smaller re-used plastic water bottles for sale.  Unless of course you prefer a re-used glass bottle?