Welcome to Journey to Valbona,

since 2010 the best (and sometimes only) source of information for travel to the ‘wild’ (but very civilized) North of Albania.  When we started, we were only trying to provide a little helpful information with a wordpress blog, as information was so hard to find . . . but there were so many people, and so many questions!  In the past 7 years, somehow JtoV grew enormous (and really messy!  I just kept tacking on pages!).  We’ve helped literally 1,000s of guests and new friends connect with guesthouses, hiking trail information, and transportation but somehow also ended up getting mixed up in actively trying to help develop the services and business we saw that guests wanted, and helping to create new businesses and opportunities for local people.  That’s how we ended up marking, mapping and maintaining over 200km of hiking trails.  How we somehow became responsible for leading the legal battle against the bad hydropower developments that threatened the National Park, and started training Albania’s first Mountain Rescue Team . . . then there’s the library at the school.

ANYHOW:  The point is that the whole website got so messy, that we finally had to upgrade and reorganize.  We hope you like the new site (and don’t find any less personal or authentic).  Please do feel free to get in touch directly!  We love talking about Valbona, Albania, and take a sincere interest in other people’s holidays! 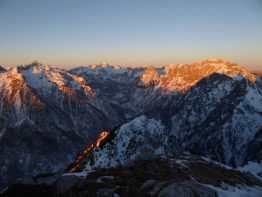 How to get here! 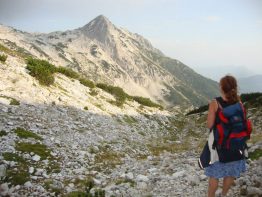 Latest from the Journal

For Bill Barlow, who asked. Three days ago, wolves ate one of my horses.  I got the news in a typically Tropojan fashion:  Someone saw the horse down, called Sadik, who owns the land where they’re pastured, who called Liridon, whose number he had, who called Jordi, who told me:  the Telephone game, whisper down […]

Almost 11 years ago, I left New York City to move to a remote valley in the accursed mountains of Northern Albania.  When I moved here, there were no telephones, hardly any roads, and barely any cars.  The area was famed – even within Albania – for lawlessness and violence.  Foreigners wondered why I would […]

It is 2 o’clock in the afternoon, on a Sunday, after what MAY have been one of the most insanely over-committed weeks of my life.  Which, if you know me, is really Saying Something. The sun is strong, enough to make you squint.  A few birds – mostly just one – are chirping and twittering […]